I founded ATX Precision shortly after returning home following 13 years of active duty service.  On weekends and vacation time from my day job, I was teaching classes on all things related to shooting and hunting.  Pretty soon, I had burned up all my vacation and sick days before the year was halfway through.

I decided to start a side company focused on what I love most ~ long range precision shooting in the great outdoors.  This had been my “when I retire” dream, but faced with the present opportunity, my wife and I decided there was no time like the present.

ATX Precision & Carbine, LLC officially formed in early 2015 and I continued teaching long range on the weekends while still working full-time.  We hosted our first major event during this time, a non-profit shoot with Gold Star families raising money for the Windy25 Memorial Fund and Dell Children’s Hospital.

After a few months of weekend classes and a handful of other events, I told my wife I was ready to go full time with ATX Precision.  It was a huge leap of faith for our family, but we made the jump and have never looked back.  ATX Precision is the culmination of my life’s experiences, starting as a young boy hunting in the Texas Panhandle canyons and groomed over the course of many years serving my country.  Come join me in the Texas Hill Country and you will see why my passion has lead me here.

As a native of the Texas Panhandle, Clayton began hunting and shooting at a young age, developing a lifelong passion for outdoor sports.   Early on, he aspired to serve his country so after college,  Clayton qualified as a Navy SEAL in 2002. While on active duty he spent time on both East and West Coast Teams, along with a Special Boat Team. He led men and women on multiple deployments all over the world, including Afghanistan, Iraq, Republic of Chad, and Bahrain.

As part of his Naval Special Warfare training, he successfully completed the Range Operations Safety Course, qualifying as both a Range Safety Officer and Range Officer-in-Charge. Later, he graduated from the rigorous USMC Scout Sniper Basic Course (MCB Quantico, Class 01-05), opening the door into the precision rifle disciplines.  After military service, Clayton continued to refine his craft through involvement with the Precision Rifle Series competition circuit, custom gun builders, and numerous industry leaders and programs.

Nick Klein served 6 years in Naval Special Warfare. After successfully qualifying as a Navy SEAL, he later completed the Range Operations Safety course and qualified as a Range Safety Officer. During his time in the SEAL Teams, he deployed to Africa three times and provided foreign partner forces with over 500 hours of high risk training to include basic marksmanship, automatic weapons, hand-to-hand, and unconventional warfare tactics. Nick hails from Chicago but currently lives in South Austin. He combines a mastery of instruction with an easy-going outlook that helps all students feel comfortable on the range. When he's not on the range you can find him trying out Austin's local hot spots looking for the best Manhattan in town.

INstructor
Carson grew up on a working cattle ranch in southwest Texas and developed a lifelong love of hunting and the outdoors. After high school Carson joined the Army and spent 5 years in Military Intelligence and 8 years in Special Forces. While attending college at The University of Arizona, Carson competed in USPSA and, later, IDPA pistol competitions. A natural teacher, he enjoys sharing his knowledge of firearms and shooting with anyone wanting to dig deeper. From children up to experienced shooters Carson can tailor an enjoyable, fulfilling shooting experience based on the needs and desires of the student.
Meet & Greet

If you have questions, don’t know where to start, or would like to set up a private lesson, send us a message. 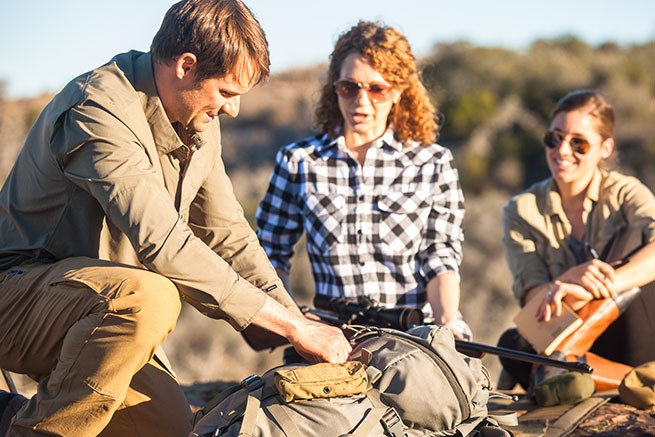